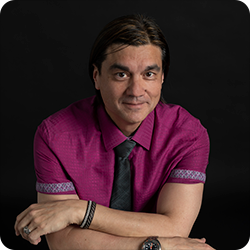 Dr. Michel Cramer Bornemann was the former co-Director of the Minnesota Regional Sleep Disorders Center at Hennepin County Medical Center in Minneapolis, Minnesota. He was an Assistant Professor holding joint appointments in the Departments of Neurology and Medicine at the University of Minnesota Medical School. He was also a faculty instructor in the Department of Biomedical Engineering at the University of Minnesota Graduate School, Twin Cities. He currently practices at Olmsted Medical Center in Rochester, MN.

He has several ongoing research projects in the field of Sleep Disorders and has received funding from a wide variety of sources, including the National Institutes of Health, the Academic Health Center at the University of Minnesota, as well as from medical technology and pharmaceutical industries. His undergraduate degree in Philosophy complements his work in neuroscience to better understand the interplay between oscillating levels of consciousness and behaviors that may arise from sleep. As such, with his multi-disciplinarian approach, Dr. Cramer Bornemann has become a much sought after medical consultant to the international legal community. 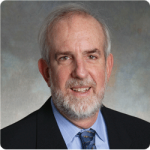 Dr. Carlos H. Schenck is a graduate of Johns Hopkins University, received his Medical Degree from the State University of New York at Buffalo, and completed a Psychiatry Residency at the University of Minnesota in Minneapolis, where he is a Professor. He has been a staff psychiatrist at Hennepin County Medical Center since 1981 and is a member of the Minnesota Regional Sleep Disorders Center (MRSDC). He served as co-Chairman of the Parasomnias Committee for the International Classification of Sleep Disorders. Dr. Schenck is a member of the AASM Nosology Committee as well as the AASM Movement Disorders Task Force. Dr. Schenck has also published several books and articles, and participated in a documentary film on Parasomnias. In 2007, Dr. Schenck received from the AASM the William C. Dement Academic Achievement Award in recognition of his distinguished career for his many and long-standing contributions to the field of somnology and sleep medicine. 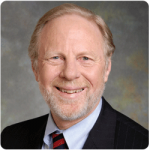 Dr. Mark Mahowald was a Professor of Neurology at the University of Minnesota Medical School and a visiting Professor of Psychiatry and Behavioral Sciences at Stanford University. He is the former Director of the Minnesota Regional Sleep Disorders Center, at Hennepin County Medical Center, in Minneapolis, Minnesota.

Dr. Mahowald was a former president of the American Academy of Sleep Medicine and an internationally recognized clinical and research pioneer in Sleep Medicine most notable for his clinical discovery of REM Sleep Behavior Disorder alongside his longtime colleague, Carlos Schenck, MD.